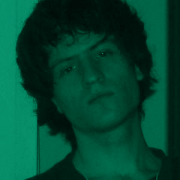 James is a musician currently based in London. A deep passion for all things music led him to study at London's The Institute of Contemporary Music Performance, where he attained a Professional Diploma in Music after 2 years studying music and, more specifically, guitar. James has been actively involved and interested in music ever since he was a boy, from trumpets to turntables to keyboards, but eventually finding his musical heart with his guitars, Melody, Angel and Blush. James is always looking to expand his horizons; he has recently become involved in music ministry and has recorded a couple of mixes. James has also appeared on the radio podcast, Post Rock Paper Scissors. As well as writing for Fluid Radio, James can also be found writing for the site, A Closer Listen.