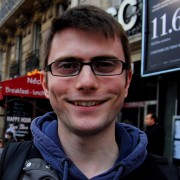 "Matt Gilley is an English Literature student at the University of Kent, sound enthusiast and frequently-accused music snob. Drawn to instrumental genres like ambient, drone and contemporary orchestral and chamber music, he found that the only way to combine his loves of music and words was to write reviews. Matt divides his time between his hometown of Nottingham and Canterbury, where he studies. Both have small but vibrant artistic scenes, which has given him an appreciation of many forms and genres, and especially the crossovers between them; the differences between the cities has similarly sparked an interest in location and landscape in music. If it has a little individuality, a sense of place, and maybe a violin or two, he'll probably like it."